Yangzhou Yongcai Machinery Co., Ltd. is good at exporting Lovol diesel engines, Lovol diesel generators and spare parts of Lovol diesel engine. We are a service-oriented company, focuses on improving value-added services at a good price for our customers. As a supplier who have already dealed with customers from more than 50 countries, we expect a business cooperation with you all along. The important thing is that currently you want to buy a genuine Lovol 1006TAG diesel engine from China. We are here just for you.

Don’t know if you have any previous concept of lovol engine factory. We still want to introduce more information about Lovol factory in China and further enhance your recognition of lovol engine quality. Lovol diesel engines are manufactured by Tianjin Lovol Engines Co., Ltd.

Who is Tianjin Lovol Engines Co., Ltd. from China ?

Lovol’s product catalogue is extensive, and covers B and D series engines for road applications, and the 1,000 and 1,100 series for non-road applications. Powerful, with a power output ranging from 26KW to 202 KW and a speed of 1500 RPM to 2600RPM, each engine contributes to a wide and diverse product application range to satisfy global customers and their needs. Each one of Lovol’s engines are known for their strong power, compact structure, high reliability, and durability, low noise emission and low fuel consumption, making them highly sought after. Emission standards for road application engines meet Euro III and Euro IV standards, and to further demonstrate their power, feature technical reserves to meet Euro V standards. Engines used in non-road applications reach China II, EPA Tier 1/ Tier 2 and EU Stage III emission standards.

In order to meet stricter requirements from customers both at home and abroad, for emission standards, functions, fuel consumption, and reliability, Lovol has continuously invested in advanced machining equipment and first class production lines that have become leaders in China with an annual production capacity of 160,000 sets.

A management philosophy of technology creating value, which creates a market has allowed Lovol to provide customized solutions to global customers. Lovol service system includes more than 1,000 service outlets and parts dealers worldwide to ensure customers get the quality they have come to expect.

After you buy Lovol 1006TAG diesel engine from our company, sooner or later you will replace spare parts for engine maintenance someday in the future. Here we can tell you main spare parts. You can get an idea of these engine parts firstly. 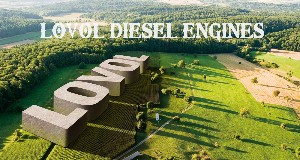 All of these Lovol diesel engine models list are for your kind reference as follows.

Lovol diesel engines for generator set, when you send an enquiry to us, please tell us the following information in your mail.

The production time for Lovol diesel engines is 18-20 days. The port of loading is Shanghai port in China.

Lovol 1006TAG engine procurement is a long-term investment. You can count on us to protect your investment.

Quality, value and professional advice are the cornerstones of our business. Here, we kindly invite you to have a pleasant procurement experience and join into our family of the satisfied customers.

Please feel free to contact us, send your enquiry to sales@elecmama.com or directly add Whatsapp +86 189-3624-2835 for a faster reply. We will sacrifice all of our industrial experiece for your electric power demand. Thank you very much. 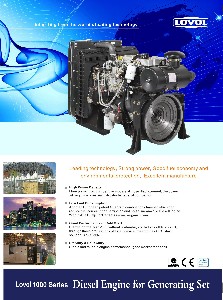 send your inquiry to us

Please fill in the empty blanks below with your email address, so that we can contact you in time. You still can send your inquiry directly to sales@elecmama.com. Thank you very much.